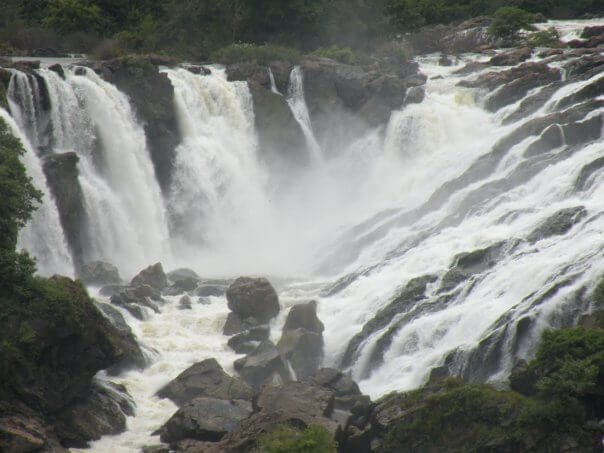 Karnataka receives heavy rainfall during the monsoon season and home to one of the largest rainwater harvesting projects in the world. Agumbe is one of the places with the highest annual rainfall in India and the state listed among the best places to visit in rainy season in India. Best places to visit in Karnataka during the monsoon season also includes Ranganathittu Bird Sanctuary,Nandi Hills,Brindavan Gardens,Nagarhole sanctuary,Coastal Karnataka along with Coorg region. Jungles of Kabini is one of the must visit place in Karnataka during the monsoon season. Kabini offers truly magical monsoon experience with END_OF_DOCUMENT_TOKEN_TO_BE_REPLACED

The Maha Shivaratri Festival will be celebrated by Hindus the world over on March 7, and is celebrated annually in reverence of the Hindu God ‘Shiva’. It is said to be the day that Shiva saved the universe by drinking poison and also the day he was married to the Goddess Parvati. Often referred to as Shivaratri, the festival is celebrated by most during the day, while others hold all-night vigils to celebrate the event which falls on a day in the most holy month in the Hindu calendar year.

1. A Nepalese Sadhu (Hindu holy man) looks on during preparations for the Maha Shivaratri festival in Kathmandu on March 7.

2. A man paints coloured paste onto his face during the Maha Shivaratri festival in Kathmandu.

END_OF_DOCUMENT_TOKEN_TO_BE_REPLACED

India is called the land of festivities. Round the year, the country witnesses some beautiful rituals, traditions and customs that help in binding the country together. If you are visiting the country during October, then witness the grand celebration of Navratri and Dussehra. Navratri in India is a nine-day festival, where Goddess Durga is worshipped in nine different forms.
[new_royalslider id=”12″]

As a part of the day’s celebration on Sunday, people will get free entry into Taj Mahal and about 200 other ticketed monuments and museums across India.

Other than these, entry to 35 site museums, and all other museums that fall under the control of the culture ministry, like the National Museum and the Salar Jung Museum, will also be free.
Source
Id-ul-Fitr or Bakrid is one of the most auspicious festivals of the Muslims. The festival is celebrated with great enthusiasm and  many sweets and delicacies are prepared for this occasion

Siddharth Chakravarty is a pirate. Or at least that’s what he is known as on the high seas, along with others just like him, battling giant fleets that are on the rampage for whales. At the time, he was working on a campaign for Sea Shepherd Global called Operation Zero Tolerance, navigating the Southern Ocean Whale Sanctuary. Sea Shepherd Global is an organisation that was started in 1977 with the sole aim to use innovative direct action to defend, conserve and protect marine ecosystems across the world. Simply put, they fought, with whatever means available, fleets that carried out illegal poaching on the waters.

Jacob and Katie Schwartz shot this video of Northern India in ultra HD and it’s just breathtaking beautiful to look at.

Mysuru’s regal past reigns supreme over a traveller’s itinerary. And while the city’s mahals, extravagant  gardens, and vast museums are spectacular, they tend to skim over the charm of the city’s present: its people. Don’t miss the chance to meet these Mysuru heroes when you’re visiting.

Sunita and the girls feel more confident about travelling after this journey and have more road trips planned for the future. Talking about the taboo that women travellers still face and feel in the country, she said, “Yes, in India some place may not be safe and there are risks involved but our experience taught us that proper research and planning makes the journey completely doable. We felt so safe in the north states of Himachal and Kashmir and people were willing to help all across the country. So we think the time for all-women travel is now and there should be no stopping that!”.

Alex recently visited India and took a roadtrip to Khardung La, the highest motorable road in the world on India’s probably most respected motorcycle Royal Enfield and has managed to captured the journey in these stunning images and video.

Alex Chacón, is a well known 27 years old international traveller/blogger who is living his dream of riding around the world on motorcycles after selling every thing he had, to fund his travelling. Since 3 years of his expeditions, he has travelled 200,000+ kms, 41+ countries, 75+ borders, 5+ continents and has working directly with many charities to support social issues during his adventures.